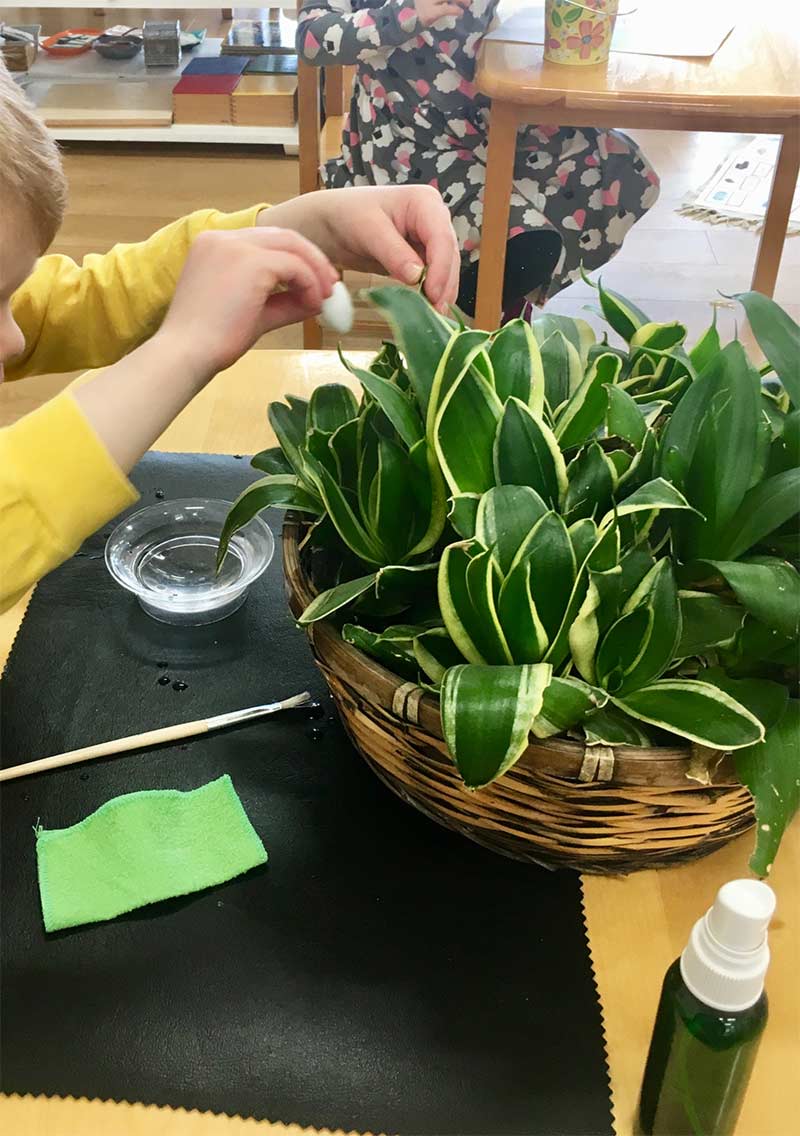 It Is All Science

He was crying pretty hard. No, he was weeping. His face of was red and his eyes were swollen. He was angry, confused and overwhelmed. Despite the successful orientation just a few days earlier, it has not been easy to say goodbye to mom and dad and make the journey down the hallway to our classroom. In addition to the difficult separation, there was a bit of a language barrier. He spoke another language at home and was not yet fluent in English. I helped him wipe his tears, and took him gently by the hand. I showed him the cylinder blocks. He was immediately interested, although still hesitant. Using a friendly smile and gestures, I invited him to sit beside me as I began to work with the material.

As soon as I began to remove the cylinders from the block, his eyes lit up. He locked his eyes on mine and reached for the next cylinder, clearly showing me that he wanted to go for it. After I finished my presentation, he went right for it, tears forgotten and enthusiasm in full swing. I watched him for a long while, mesmerized, as I often am, at the draw, pull, enticement and attraction, as well as the calming quality of these beautiful materials in my environment.

I observed him as he mulled over the holes, working with purpose until finding the right one in which to gently slide the cylinder. He tried one cylinder in several of the holes before finding just the right fit. I could practically see the gears turning in his mind. Through trial and error, observation, testing and testing again, he was able to return each cylinder to its correct space. He sighed with contentment as he finished, and then started the process all over again.

Montessori materials allow the child to teach himself. Through trial and error, these didactic materials give feedback, this case both visual (he can see that it doesn’t fit) and mechanical (some cylinders just do not fit in some holes), which allow the child to work independently. The child in the prepared environment tests his hypothesis (this one goes here) again and again. He records data in his mind as to which cylinder goes where. He tests and retests. The child finds contentment in his exploration. He feels a calm sense of accomplishment when finished. He desires to repeat the process again from the beginning.

Maria Montessori, herself a scientist and a physician, created her pedagogy through following the interests of children and did not name the approach after herself. We call it “The Montessori Method”, but she called it “The Scientific Method” or “The Child’s Method.” Our approach to education is the only pedagogy based in science, and based on one woman’s dedication of over 50 years of research and practice to create a developmentally based approach to education that follows the child’s natural growth process.

In our classrooms, children teach themselves concepts through trial and error, using didactic materials. These didactic materials provide a child with a sense of purpose and are repetitive and calming. Children are unhurried and can practice, err, correct themselves and explore deeper at their own pace.

When I look around my classroom, I see twenty-seven scientists. They are making mistakes, making observations, testing and retesting, repeating, recording data and engaging in that process over and over again. Once they are confident with one material, they are likely to desire to work with another. This sense of calm, self- assuredness builds wonderful members of our community who are, in turn, a gift to our society because calm, confident, self-assured children become calm, confident, self-assured adults. In the words of Dr. Montessori, “The child is the maker of man.”

As for the little boy who was tearful on his first day, he has happily been working his way through many of the materials on the shelves, with a special love for the sensorial. He does not cry in the morning. Though he continues to be the strong, silent type, this morning he raced across the room to me with a grin, grabbed my hand and led me to the beautiful pink tower he had built. The little girl working next to him shared in his joy and said, “YOU DID IT!” And my heart sang with joy for him and gratitude for this wonderful scientific approach to education that allows children to become the best versions of themselves.

"What is a scientist?…We give the name scientist to a man who has felt experiment to be a means guiding him to search out the deep truth in life, to lift a veil from its fascinating secrets…" -Maria Montessori