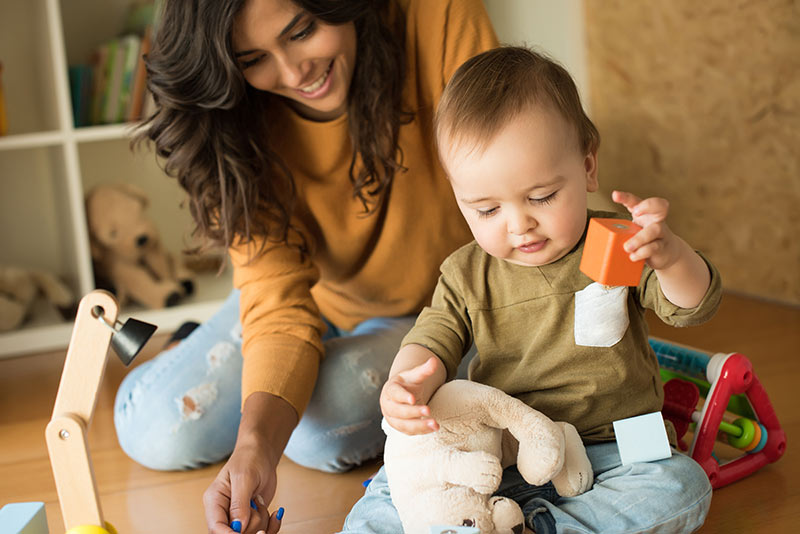 During the course of the twentieth century, many improvements were made in child welfare. The century began with King Victor Emmanuel of Italy declaring the century to be “the century of the child.” Improvements in hygiene and cleanliness for children, as well as advances in health and medicine were steps toward creating a better life for children.

Writers like Charles Dickens shared the plight of poor children with the rest of the world. While many steps forward were being made in the health and physical protection of children.

Dr. Maria Montessori focused on the psychic, mental and emotional lives of children and, through her years of observation and study of children, brought to light the fact that physical and psychic well-being are closely interconnected, and that the total well-being and education of the child can positively impact society as a whole. Through her many years of scientific observation of children, Montessori developed a child centered and child led method of education, simply by letting the children she was observing show her what, how and with what materials they wanted to learn.

This method is known as the Montessori Method, but Dr. Montessori wanted it to be know as the “the method of the child”, because it was children who showed it to her. Dr. Montessori also firmly believed that the key to a better society was through its children. She believed that the roads to society’s salvation and destruction both would come through children. She believed strongly that any of the deviations we adults have, such as lying, cheating, harming one another, are deviations that began as children through poor examples of the adults with whom we were close and who were entrusted to our care. Children must be taught to love and share through their interactions with the world. If those interactions are coarse and harsh, then so will the child be. If those interactions are full of collaboration, respect and love, then so will the child be. We are all equal at birth. It is our experiences with those adults who loved and nurtured us, or those experiences with an adult who failed to see our person, which shape the adult human we are to become. Human beings are constructed through experience, and how these experiences are for us determines how our person develops.

Montessori saw the need to create a new science that studied the work of the child. This science was not to be carried out in a sterile laboratory, but in a warm, loving and tangible environment. When Montessori set up her Casa dei Bambini, she was creating this type of environment. The teacher was to be warm and loving, but not overpowering, so as not to diminish the child. The idea of her method of education was not to have the child comply with the will of the adult guide, but for the child to follow his own will and see where it leads him, thus developing the confidence and self- assurance to become his own man, able to make his own decisions which result in the betterment of the self and community. These skills would be carried over into adulthood. Montessori was aware that children had an innate intelligence. They learned to walk, talk and move organically. They did not need to be taught. They had an intrinsic motivation and desire to learn. They did not need to be forced or coerced with stickers or prizes. Educators should be focused on the amazing achievements that children make, rather than their defects, which is the current norm in conventional schools. One needs only to look at the system of tests and grades, which judges children based on what they don’t know, rather than celebrating all that they do know. As a society in general, we need to work to change our attitudes and focus on the good.

Education is the help we can give to life. Once we can see the greatness of the child; once we can see how incredibly amazing this child is just for doing the work of growing and moving from infant to child to adult; once we realize the incredible importance of these small people in shaping the future of our community, our society, our planet; once we understand an celebrate their greatness, our lives and countless future lives will be greatly helped.